Nutrition is the way our bodies take in and use food to maintain proper functioning, and is the foundation of good health.  Eating correctly is critical for proper growth and functioning of our bodies. There is strong evidence that eating correctly can prevent several chronic illnesses or diseases, as well.

The estimated energy requirement is the average dietary energy intake predicted to maintain an energy balance (that is, when calories consumed are equal to the energy expended) in a healthy adult of a defined age, gender, and height whose weight and level of physical activity are consistent with good health. Differences in the genetics, metabolism, and behaviour of individuals make it difficult to accurately predict a person’s caloric requirements. However, some simple approximations can provide useful estimates: for example, sedentary adults require about 30kcal/kg/day; and very active adults require 40kcal/kg/day.

The energy content of food is calculated from the heat released by the total combustion of food in a calorie meter. It is expressed in kilocalories (kcal, or Cal). The standard conversion factors for determining the metabolic calorie value of fat, protein, and carbohydrates are shown below.

[Note a joule is a unit of energy that is widely used in countries other than the United States. For uniformity, many scientists are promoting the use of joules (J), rather than calories (1 cal = 4.128 J) However, kcal still predominates.]

HOW ENERGY IS USED IN THE BODY

The energy generated by metabolism of the macronutrients is used for three energy-requiring processes that occur in the body: resting metabolic rate, thermic effect of food (formerly termed specific dynamic action), and physical activity. 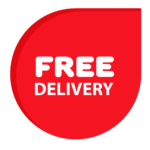 Are You Taking Your Collagen?.

Make sure this account has posts available on instagram.com.